The importance of relationships was true when I first started my US wine importing business twenty-six years ago and through dramatic ebb and flow, trends, recession and evolution, it’s still true. I’m always aware of it, because it’s how I relate to my customers, clients and students, but reminded of it in the past few weeks in a very tangible way.

At the end of 2007, right on the cusp of the Great Recession (although I had no idea at the time), I left my own company, the one I founded in 1992. After twelve years alone, I took on a partner in 2004 who promised to be the investment boost I needed to take my import business to the next level. Three years later, all those hopes were long gone, replaced by chronic stress, and the partner had virtually bankrupted me. Here was a man who was the antithesis of a relationship builder. 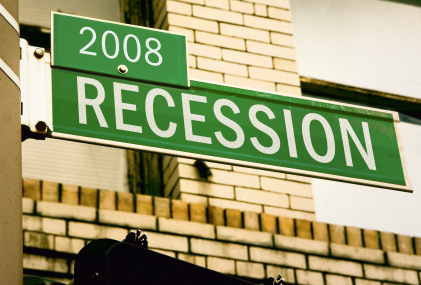 In a perfect storm at that time, Australian wines had lost their allure to the American consumer and the exchange rate was decimating margins. Despite that, one of the wineries that I had brought to the partnership remained an iconic brand with market demand and the producer approached me to be my first client. I was very excited about the fresh start and guaranteed income. What I hadn’t counted on was the resistance (to put it mildly) of my partner. Despite the absence of a non-compete in our agreement, he decided to challenge the contractual language. He also threatened the Australian producer with lawsuits that would tie him up and keep the brand out of the US for years if he became my client.

Unfortunately, the producer was in a very public battle of his own with an investor in his company in Australia and couldn’t afford the time or money to fight lawsuits in America or stay out of a lucrative export market. So I went out on my own with no money, no clients and no prospects. The producer ended up losing his wine company to his investor anyway and the new owner discharged my ex-partner as their importer.

My years between 2007 and 2018 involved immense challenges and reinvention, but I never blamed the producer, nor tried to hold him to our original oral agreement. He had too much on the line with his own situation. Along with relationships, I’m also a big believer in not burning your bridges (with the exception of my ex-partner who was a bridge I never wanted to cross again). Aside from just letting it go and moving on, consider that you never know when you’ll encounter that person in another role in a different business or in a position to provide a character reference when you need it. As with every other industry, the wine world is a small one. I’m still a licensed wine importer, but eventually I forged a different and very satisfying path as a consultant, writer and educator.

Then out of the blue, this same producer approached me early this year, over ten years later, to ask if I was interested in importing his new, smaller brand. He remained very much in demand for his talent for sourcing the best grapes and his consummate skill as a winemaker and now, with his son as his partner, he was ready for a second act. But this time his approach would be much different. After the loss of his first company, many had abandoned him or engaged in gleeful schadenfreude and he was well aware of it. The priority for him now was to align himself with familiar people he could trust and manage his company’s growth within sustainable limits. A far cry from the explosive expansion of the previous brand.

My enthusiasm for an association with him has not diminished over the years. If anything, it is a more satisfying outcome after such a prolonged delay and I don’t take it for granted, as I might once have done. We also both feel forged in fire and can relate to what it has taken for each of us to get us here.

Life is not a series of positive experiences, but this one definitely reaffirms my belief in the enduring value of relationships. I hope it resonates with anyone who doubts this in an increasingly competitive and sometimes cutthroat wine business environment. Massive distributor takeovers and consolidations and giant retail liquor chains have reduced access to the personal exchange, but that doesn’t mean you can’t find it or be consistent in your own approach. The greater the number of vendors knocking on any door, large or small, the more alternatives they have. My belief is that given a choice they’ll choose the alcohol brand or vendor they can more easily relate to and rely on.

The material on this blog was created by Deborah M. Gray. Unauthorized use and/or duplication of this material without express and written permission from this blog’s author and owner is strictly prohibited. Excerpts and links may be used, provided that full and clear credit is given to Deborah M. Gray and Deborahgraywine.com with appropriate and specific direction to the original content.